Whether you like him or not, Tiger is demanding of our respect and attention. Very few other sports figures in history have been able to single-handedly propel a sport to such great heights. People that have no interest in golf, are interested in watching Tiger do his thing. I couldn’t care less about the 100 meter dash, but Usain Bolt has my undivided attention when he sprints. He may have broken the rules, but Lance Armstrong sure could ride a bike. I think we (myself included) just have a fascination with winners. People that are willing to make the sacrifices necessary to completely dominate a sport. So how do our opinions change when the winning stops? Can Tiger win again? Sure. Another major? Maybe. But it’s certainly time to accept that the Tiger we see today isn’t the imposing figure that once captured the eyes of a nation.

Watching Tiger play this year has been fun, but it reminds me of when Michael Jordan came back to the NBA to play for the Wizards. He played pretty impressively, and even had moments of the Jordan-of-old, but it was almost as if we watched him play simply for the nostalgia. It gave us a chance to reminisce. Sure, Tiger has hit some really good golf shots during his comeback tour this year, and has even competed to win a few tournaments, but the media has blown it way out of proportion. TV coverage shows just about every shot that he hits, which is fine. Generally, I think we are all a bit curious to see how he will play. But, they even had the audacity to give Tiger the best odds to win the Masters out of anyone playing that week (10-1), even though he had only played a few competitive rounds beforehand. Even Tiger admitted the ridiculousness of this. 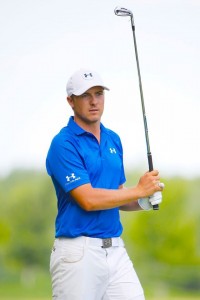 The expectations we have for Tiger at this point are completely unfair. He has shown us so much greatness, that it’s hard for us to expect anything different. Tiger will play a bad round, and the Golf Channel hosts will dissect his every shot, speak of his swing flaws, and tell us he’s “close”, but not quite there yet. They keep selling us on the idea that Tiger will eventually get back to legendary status, and I’m just not so sure it will happen. I realize that this sounds pessimistic, but I personally think that it is OK that Tiger is just OK. He had a once-in-a-lifetime stretch of golf in the 2000’s, and it was a pleasure to watch. He created new fans of the game, and inspired some of the great players that we watch on the PGA Tour today. Tiger is back playing golf, and seems to be injury free. He has done more than enough for the game, and it’s just fine if he plays some golf and has some fun, even if he doesn’t dominate.

Going along with this, I think its also important that we limit our expectations of some of these new players on Tour. Jordan Spieth, Justin Thomas, Rickie Fowler, Rory Mcilroy, Dustin Johnson. They have all drawn comparisons to Tiger as soon as they won a couple of big golf tournaments. Let’s just ease back a little bit. There’s a reason we consider Tiger to be one of the greatest players of all time. There was only one Tiger, just like there was only one Nicklaus. Let’s just enjoy the great golf being played this year by the newcomers, let Rickie be Rickie, and look forward to the next young phenom that comes along to reinvigorate the sport. My guess is – it won’t be too long of a wait.

Connect with us
Close